5 Essential Free Display Fonts You should Have in Your Toolkit

There's a sea of fonts out there. Most font aggregators have upwards of 20,000 fonts, with the biggest having as many as 130,000. Display fonts feature heavily as designers look for something fresh to draw readers in; finding something great is another matter.

From slab-serif to art-nouveau the range in style is vast, but with so many out there you'd be a fool to go searching every time you start a new project.

Most designers find it's good to have a handful of key fonts to work with, rather than hunting through thousands for each new project. With this in mind, it's always worth having a few go-to fonts in your inventory. That's why we've rounded up a varied selection of 5 essential fonts to keep in your toolkit. 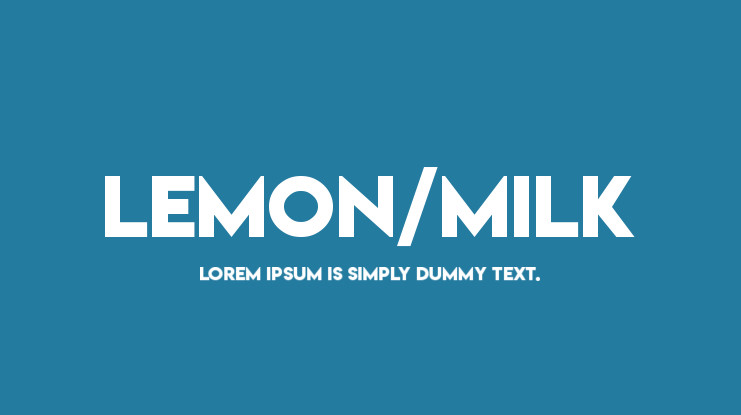 A textbook specimen of a geometric sans typeface, the Lemon/Milk's monolinear structure harks back to those timeless modernist fonts of the twenties such as Neuzeit Grotesk or Gill Sans. With mellow colors it can be used to give a great retro feel to headers and titles, or with a sharper palette it becomes something fresh and current. Its versatility is part of its appeal.

Initially designed for a student zine, this font has been somewhat of a runaway success for Indonesian typographer Marsnev. First uploaded in 2014, the font now has 7.1 million downloads on dafont.com, that puts it squarely in their top ten most popular fonts of all time.

Lemon/Milk is offered in four upright and four italic fonts, completely free to use for anything except commercial use. In particular the regular and medium weights command the page with outstanding clarity, whilst the light weight achieves a little more subtlety and elegance to designs. Note that lower case characters aren't included in the free version, but are available in the paid Lemon Milk Pro typeface family. 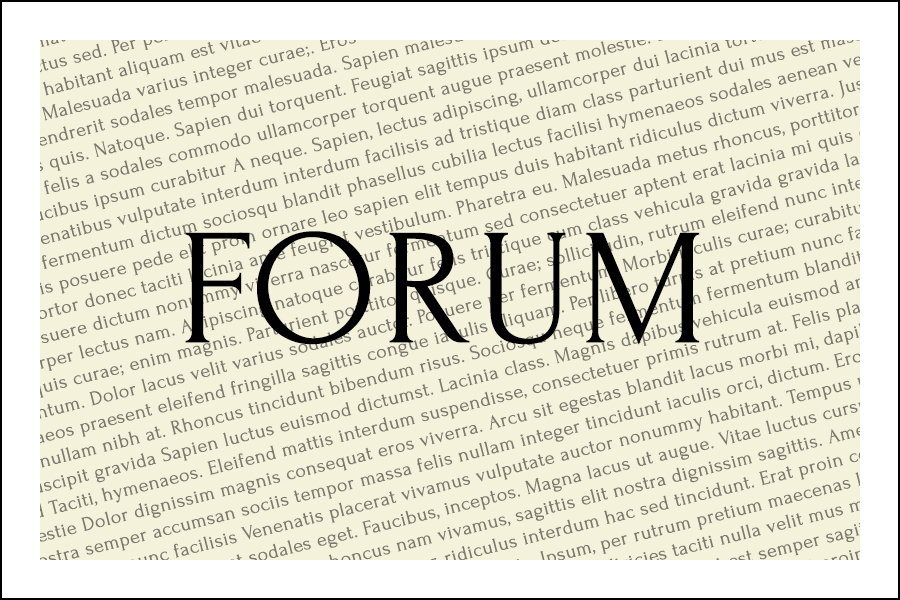 It's important to have a good serif-font in your arsenal for applications that require more formality. With low contrast and very subtle bracketing of the serifs, you can see this font representing the most chic establishments. Looking to brand an exclusive wine bar? Go ahead and try Forum.

It is touted as having 'classic Roman' proportions, which is very evident when setting titles in all caps. However if using standard capitalization, Forum also doubles up great as body text – considering it only comes in one weight, that makes it very adaptable.

Produced in 2012 by Russian typographer, Denis Masharov, this typeface is one of the numerous Google fonts. As an added bonus, it's a very complete set, incorporating glyphs for not only central and Eastern European alphabets, but also the Cyrillic and Asian-Cyrillic alphabets. 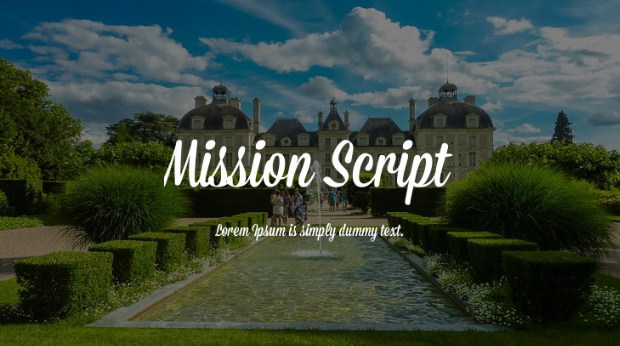 What good would a list of essential fonts be without a good script? Mission Script brings a beautiful flow to any arrangement, instantly giving us romantic, comfy vibes. The ligatures are pretty good, which means most words really look hand-drawn.

Maybe you need something with a bit more life in it for a special birthday card, or you're looking for the kind of charm required to represent an up-and coming barber shop. This is the kind of font you use to provoke a fun and light-hearted energy. If you need to give it that extra bit of punch, it looks great when contrasted over a drop shadow.

Mission Script was produced by James Edmondson, who now runs OH no Type Co – well worth a look for something a little bit different. It's a dependable script and the set includes upper and lower case with basic punctuation, so it should cover most needs. 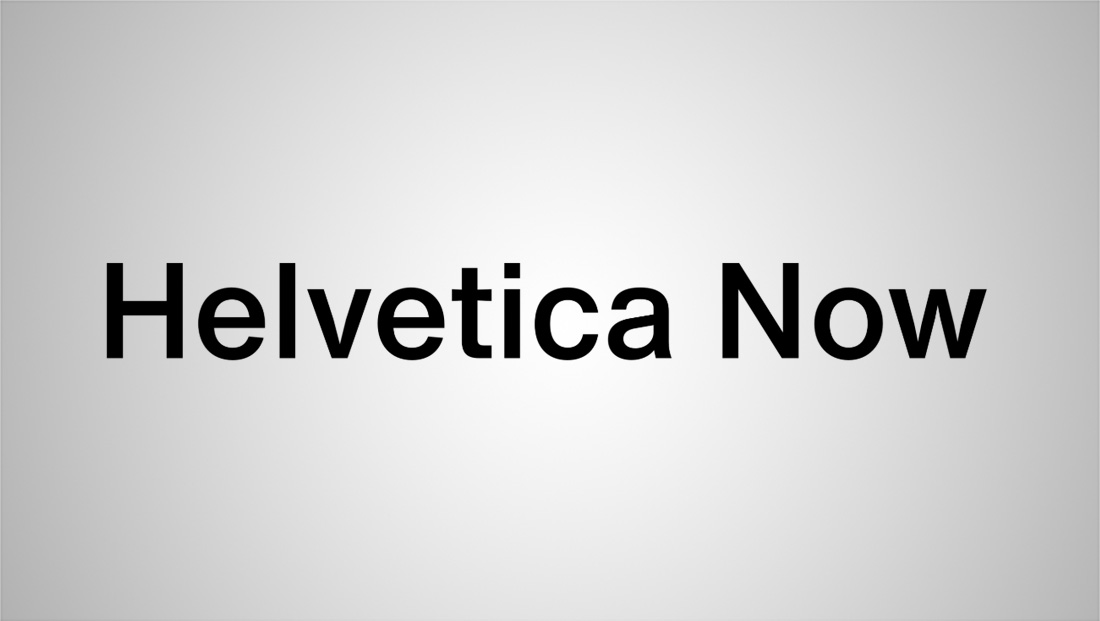 You may think this typeface needs no introduction. Whilst its forefather might is undoubtedly one of the top fonts of all time, Helvetica Now is the 21st-century update – and it's definitely worth a second look. Every character in the Helvetica family (over 40,000 of them!) were re-drawn in order to make them more relevant in every modern situation.

Helvetica Now is presented in 3 optical sizes – Micro, Text, and Display – to help designers get the best clarity in every situation. It's another milestone in Helvetica's history of neutrality and simplicity. The Display weights unsurprisingly exude a classic sense of cool, unrivalled in its ability to look outstanding whilst not stealing the show. Using it is not a chore, it's a font you really can use anywhere, for everything.

You may ask: why does an expensive paid font family appear in an article on free fonts? Well Monotype, the font foundry who produced Helvetica Now, offers a free download of the Display ExtraBlack weight. Just enter your details on their site, and you can download and use it indefinitely.

Now here's a typeface to headline every teenage rebellion. Grotters brings the attitude required to tell everyone that you don't need what has come before, you are going to do things your own way! Each of the characters has its own emotional energy conveyed expertly with those bold marker-pen strokes.

It's great to have a strong brush font in your collection, but what sets this font out above the rest is its ligatures. A lot of its free rivals tend to use tight spacing to create impact, but this may not always look great in certain arrangements. Grotters doesn't disappoint though, it can't be unintentional that the name contains two t's. It is similarly pleasing with other combinations such as: it, le, la, lo, or ff.

The free Grotters set is limited to only alpha characters, which means it's a very restricted set, but still great for titles and headers. The paid version of the font not only adds glyphs and multi-lingual support, but it also comes packaged with a 'swash' font for underlining. Check out the Ergibi Studio store for more info.